A successful career in the limelight requires a thick skin and the ability to endure hate-spiked messages from the insecure and anonymous.

I understand you’re a homosexual prostitute who’s had sex with countless men and women on camera for money. Please grow up and stop being a worthless whore and learn to respect yourself and others by acting morally and maturely, thus abandoning this utterly depraved and very dangerous lifestyle. Thank you. I will be praying for you.

“So God abandoned them to do whatever shameful things their hearts desired. As a result, they did vile and degrading things with each other’s bodies. They traded the truth about God for a lie. So they worshiped and served the things God created instead of the Creator Himself, who is worthy of eternal praise! Amen. That is why God abandoned them to their shameful desires. Even the women turned against the natural way to have sex and instead indulged in sex with each other. And the men, instead of having normal sexual relations with women, burned with lust for each other. Men did shameful things with other men, and as a result of this sin, they suffered within themselves the penalty they deserved.” Romans 1:24-27

“If a man practices homosexuality, having sex with another man as with a woman, both men have committed a detestable act. They must both be put to death, for they are guilty of a capital offense.” Leviticus 20:13

“Run from sexual sin! No other sin so clearly affects the body as this one does. For sexual immorality is a sin against your own body. Don’t you realize that your body is the temple of the Holy Spirit, who lives in you and was given to you by God? You do not belong to yourself, for God bought you with a high price. So you must honor God with your body.” 1 Corinthians 6:18-20

“God’s will is for you to be holy, so stay away from all sexual sin. Then each of you will control his own body and live in holiness and honor.” 1 Thessalonians 4:3-4

“Marriage should be honored by all, and the marriage bed kept pure, for God will judge the adulterer and all the sexually immoral.” Hebrews 13:4

In addition to all the haters, you’ll also get a lot of dick pics, and some unreasonable demands of your time. Sometimes it’s obvious, like the message above, but sometimes not so much. There is a phrase we use in adults called “emotional labor”.

Sometimes people demand this of you and just expect you to drop everything you are doing and when you don’t respond right away they can get downright nasty with you in response.

This friend of mine that I mentioned before, spends a few hours each day responding to private messages on her OnlyFans. She doesn’t have a manager so she can only do so much each day.

She doesn’t get to every message as soon as it comes in. It’s just not possible. But she makes a genuine effort to respond to as many messages as she can in a day.

OnlyFans is her only source of income, so she takes it serious and really does spend several hours every single day doing nothing but just responding to DMs.

Sometimes, usually, Sundays’s she will try and stay offline, giving herself a mental break. This means that she’ll have twice as many messages to respond to the next day but still for her own sanity, sometimes she just has to take some time off. That’s okay. And I highly recommend you do it as well.

You have to take care of yourself!

But back to the point of my story. Sometimes when you don’t respond fast enough some “fans” will get upset with you and say things that cross the line. Don’t feel obligated to respond to them. If someone is rude you don’t owe them a response. Just ignore them and move on.

You teach people how to treat you. So if you respond to that negative behavior you’ll only be encouraging it to happen again in the future.

The other day I had a guy send me 19 messages in the middle of the night, while I was sleeping.

That was an actual transcript from a guy on OnlyFans and it’s not even the only one I’ve gotten that is like that. I don’t know why some fans think that you owe them an immediate response. It was between 1 am and 3 am in the morning when these messages started coming in.  I was sleeping.

Another problem you might run into is the needy guy who tries to guilt you into giving him attention. To me, these guys are just the worst – even more so than the guys from above. These guys are the ones who says things like “you probably won’t reply but”, or “you probably don’t care but.”

Working in the adult industry isn’t always easy. You are going to get your fair share of haters, stalkers, and psychos.  You can try and report them if it happens on social media but more often than not, it won’t help. When you work in the adult industry you don’t matter to companies like Facebook, Instagram, and Twitter. We are quite simply not a priority to them. They barely tolerate our existence.

Sometimes the threats can get more serious though. There are some people who will find out what your real name is and they’ll go out of their way to post this information online. It could be an ex-boyfriend who does it to you or some crazy fanboy who thrives on outing the real names of adult performers. Yes, sadly I’m not kidding, those do exist.

They may never fully support your career in the adult industry but they’ll love you enough to still be a part of your life, no matter what you do for a living. It just may take time, all you can do is give them that.

Scroll to Top
Login
Accessing this course requires a login. Please enter your credentials below!
Lost Your Password? 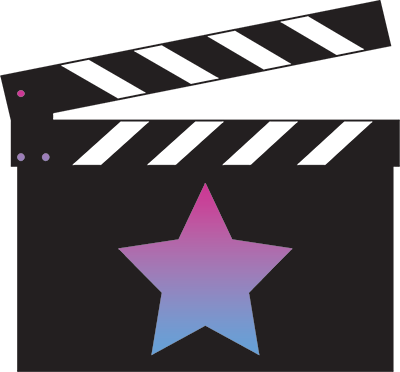